2-3 June, 2018 – Round 2 brought another podium and win for Boutsen Ginion Racing

A sunny weekend in the South of France saw Karim Ojjeh score his maiden Blancpain GT Sports Club win at Paul Ricard at the wheel of the BMW M6. The team’s two Lamborghini drivers, Pierre Feligioni and Claude-Yves Gosselin also performed very well at the round 2 event. Qualifying race - Saturday: Qualified on P8, Karim Ojjeh finished in 4th, while Pierre Feligioni (Lambo #6) achieved his best result for P7. However, a penalty for the first two competitors moved the BGR drivers up two positions, promoting Karim to P2 and Pierre P5. Claude-Yves Gosselin, (Lambo #4) unfortunately suffered a DNF due to an alternator problem. Main race - Sunday: Starting from row 1, Karim led the race into the first corner and remained the leader until the end to claim his first victory in the Blancpain GT Sports Club. Sadly for Pierre, he could not avoid a collision and was given a drive through penalty, leaving him to take P11. Claude-Yves started from the back of the grid and did a great job for P8. Karim Ojjeh is now leading the championship.

Karim Ojjeh:“It was a great race actually, it went very quickly! As soon as I had the lead, I just kept my concentration and was surprised when the team told me we had 25 minutes - I didn’t really feel tired. I was really happy with the pace and knew exactly what to do with the car. The start was great and I managed to pull a gap to the Ferraris, which was the aim - as they are quick. When I extended the lead to about eight seconds, I thought ‘OK I have to stay focused here’ and I did. Tyre wear started to come into effect and I had to change the traction control slightly, but overall I’m very pleased.” 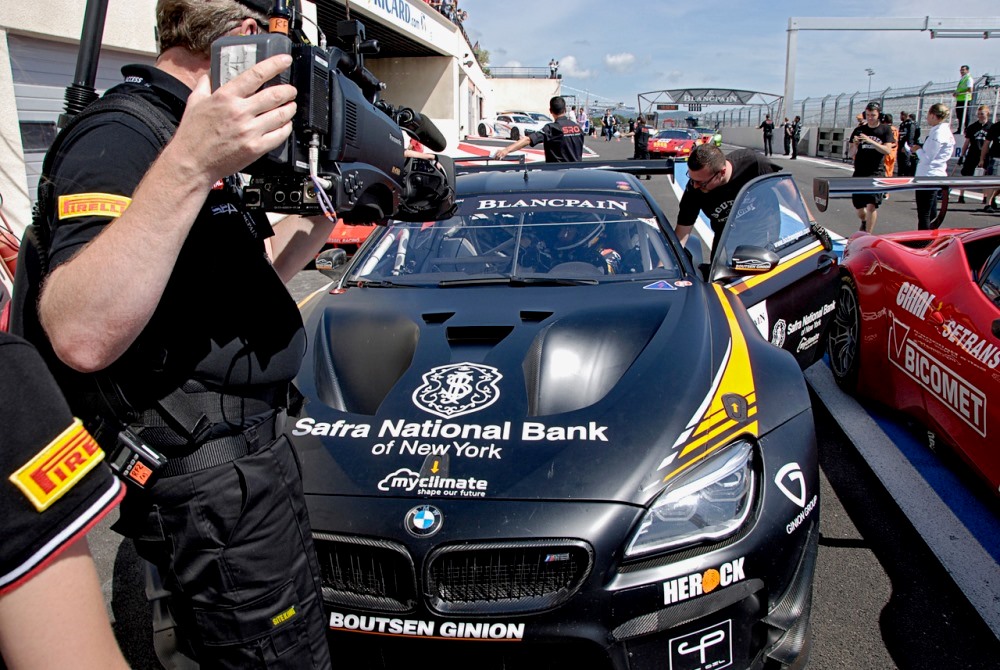